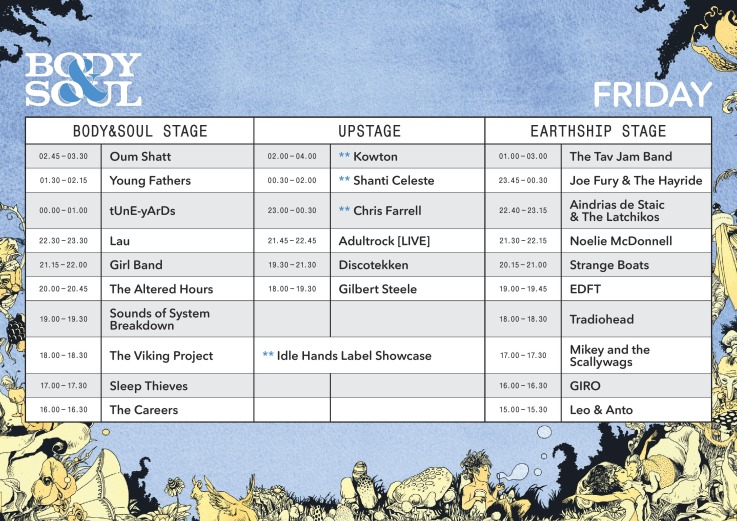 The running oder and timetable for Body & Soul at this year’s Electric Picnic has been revealed.

With only a week to go until the Electric Picnic music festival descends upon Stadbally, Body & Soul have announced the timetable for their line-up who will perform across three stages: the Upstage, Earth stage and Body & Soul stage.

Acts included in today’s announcement feature Girl Band, Sleep Thieves, the Altered Hours, Meltybrains?, Youth Mass, I Have A Tribe, In The Willows, Sinead White, Somerville, WOB!, the Eskies and Maud In Cahoots. See full line-ups and stage times for each stage below.

Electric Picnic 2014 will run from Friday, August 29th to Sunday, August 31st in Stradbally Hall, County Laois and is now sold out. For more information on today’s announcement visit bodyandsoul.ie.