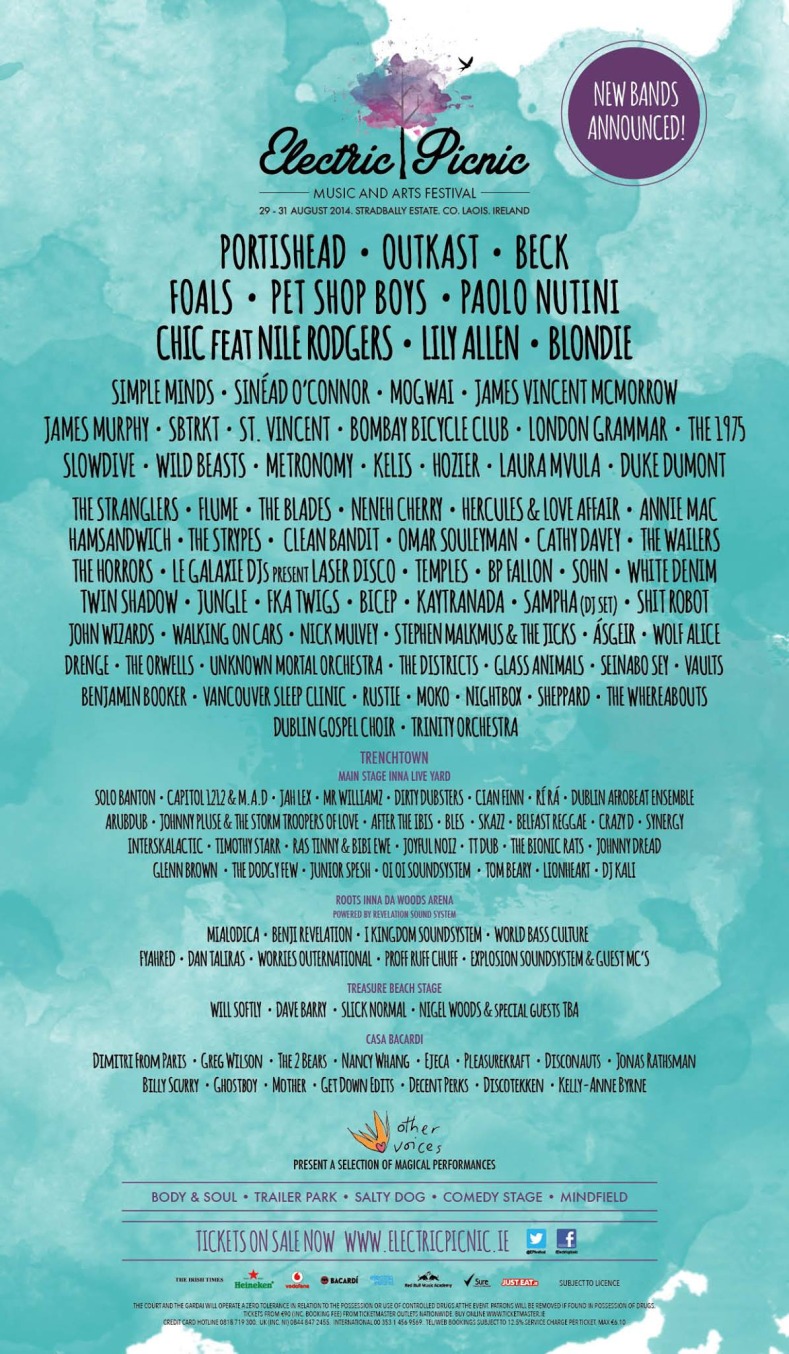 With only 11 days to go until Electric Picnic 2014 descends upon Stradbally Hall in Co. Laois the final additions to this year’s line-up have been announced.

Electric Picnic 2014 will run from Friday, August 29th to Sunday, August 31st in Stradbally Hall, County Laois and is now sold out. For information on today’s act visit electricpicnic.ie.