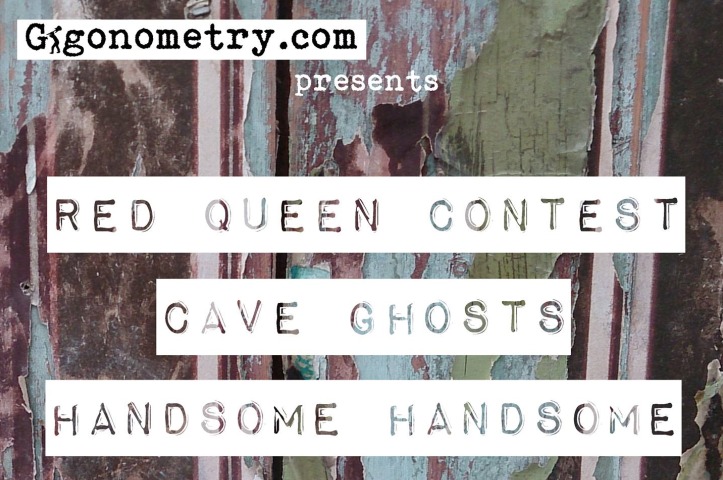 The line-up for next month’s Gigonometry post-Electric Picnic party in the Workman’s Club on September 4th has been announced, and includes Red Queen Contest, Cave Ghosts and Handsome Handsome.

Following a stellar single launch show in Whelan’s last month (read our review here), Red Queen Contest will bring their dynamic alternative-rock sound to the Workman’s next month as part of the Gigonometry series.

Also performing on the night will be the ever-brilliant Cave Ghosts. A group who have undergone both a sea-change sonically as well as in terms of personnel the Dublin act are a very promising blend of layered harmonies, garage-rock tinged guitar and indie-pop sensibilities.

Admission for Gigonometry presents Red Queen Contest, Cave Ghosts & Handsome Handsome is €8, or join Gigonometry.com for free to avail of the discount price of €5 and/or produce your Electric Picnic wristband.

Click below to watch the music video for ‘Come Into My World’ by Cave Ghosts. The track was also a recent addition to the Last Mixed Tape’s song-of-the-week feature The Mixed-Tape.