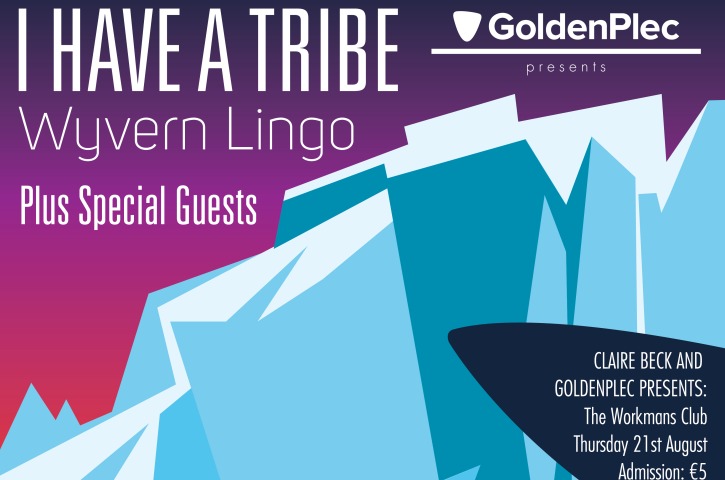 The line-up for the sixth addition to the Goldenplec & Claire Beck presents series in the Workman’s Club has been announced.

Taking place on Thursday, August 21st the latest in the Goldenbeck live music nights will include performances from songwriter I Have A Tribe, folk-pop trio Wyvern Lingo and alternative-folk act Kicking Bird.

I Have A Tribe’s seminal début E.P. Yellow Raincoats was the perfect introduction to the musician’s deeply evocative songwriting style. Surrounded by a succinct soundscape the record contains intricate lyrical passages that identify the artist as one of the country’s most promising songwriters. Read the Last Mixed Tape’s review here.

With their deftly structured vocal harmonies and folk inspired sound Wyvern Lingo have quickly established themselves as a group with a defined sound and style. The trio also feature in the Last Mixed Tape’s recent 10 must see acts at Jack of Diamonds 2014.

Tickets for Goldenplec & Claire Beck presents I Have A Tribe, Wyvern Lingo with special guests at the Workman’s Club on Thursday, August 21st are priced at €5 on the night. Doors at 8pm. For more information visit workmansclub.com.

Click below to watch the music video for ‘Yellow Raincoat’ by I Have A Tribe.