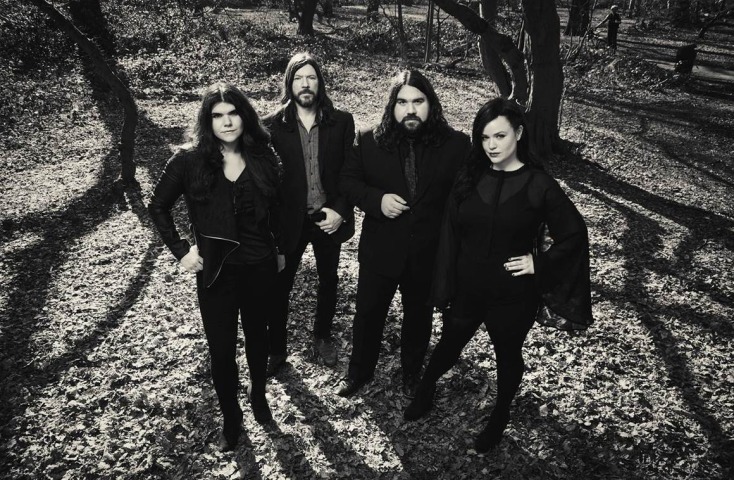 Indie-pop four-piece the Magic Numbers release their fourth studio album Alias this month, and will return Ireland to the Academy in Dublin this September 27th. Bassist Michele Stodart spoke to the Last Mixed Tape about the band’s latest record, it’s back basics sound and the changing sound of the Magic Numbers.

It’s been four years since the release of the Magic Numbers third album The Runaway, and the group have approached their new L.P. in a different mind-set. “The Runaway was a real studio album” recalls Stodart. “Alias is the exact opposite, it really about going back to basics and capturing the energy of our live shows”.

“We’re playing the best we’ve played” states the musician. “This album says something more powerful I think. Lyrically that became apparent. It’s very much an inner monologue. We’re in different circumstances then we were 10 years ago. That’s why we ended up with the album title Alias, it feels like a completely different band now.”

This approach led to the group spending some time ahead of their recording sessions honing down the sound of the songs themselves. “Romeo (Michele’s brother and fellow band member) had a lot of the songs written. So before went to the studio we spent two weeks just playing each track and getting a feel for it so when we got into record we could do it in two or three takes, and be able to say “I like the feel of that take” or “that performance was the one”.

“We definitely wanted to take a different direction this time out” Stodart says. “So Romeo would come in with ideas on how the drums or the bass should be and we’d work it out. Then we would play around with that and see what else we could do with it”.

Indeed, Alias has a much more eclectic sound than the Magic Number three previous offerings. With tracks such as ‘Shot In The Dark’ showcasing an alternative-rock aspect to their music, while ‘Roy Orbison’ imbues all the late 50’s pop that its name sake alludes to.

“I think that came organically”. Stodart comments. “We tried not to force anything on the record this time. So when we began songs like ‘Shot In The Dark’ that sound came as something of a surprise to us. While ‘Roy Orbison’ really started with that Phil Spector like beat and sonically grew to become this ode to that time in music and Orbison himself.”

A group with a highly respected live show, the Magic Numbers crafted their performance through years of playing together. “It’s about those live moments, when you forget what’s going on around you, just close your eyes and play then suddenly the song was 10 minutes longer than it should have been” laughs Stodart as she speaks about the importance of capturing this experience in the studio.

“It’s also something fans always come up and complement us about after shows” the bassist continues. “They talk about the energy on stage and how they’ve yet to really hear that on one of our records. I think that we’ve been finally able to do that with Alias“.

The Magic Number’s new album Alias is due for release on August 18th. Tickets to see their upcoming show in the Academy, Dublin on September 27th are on sale now via ticketmaster.ie.