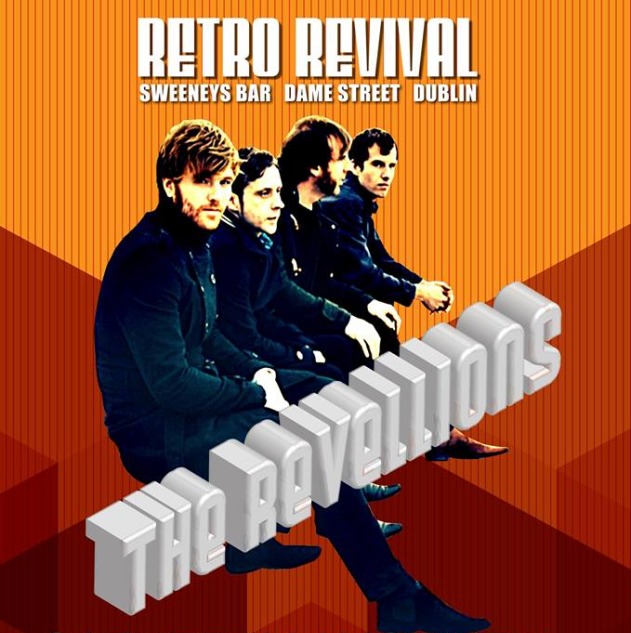 The line-up of artists set to perform at next month’s Retro Revival night in Sweeney’s, Dublin have been confirmed.

Taking place on Saturday, August 9th the next addition in the Retro Revival series will see rock & roll influenced act the Revellions headline the night ahead of their upcoming European tour. The band will be performing tracks from their current album Give It Time.

Tickets to Retro Revival in Sweeney’s Bar, Dublin with the Revellions, the Weathermen, Faux Kings & the Shades on August 9th are priced at €5. Doors at 9pm. For more information visit the event’s Facebook page.

Click below to watch the promo video for the Revellions’ album Give It Time.