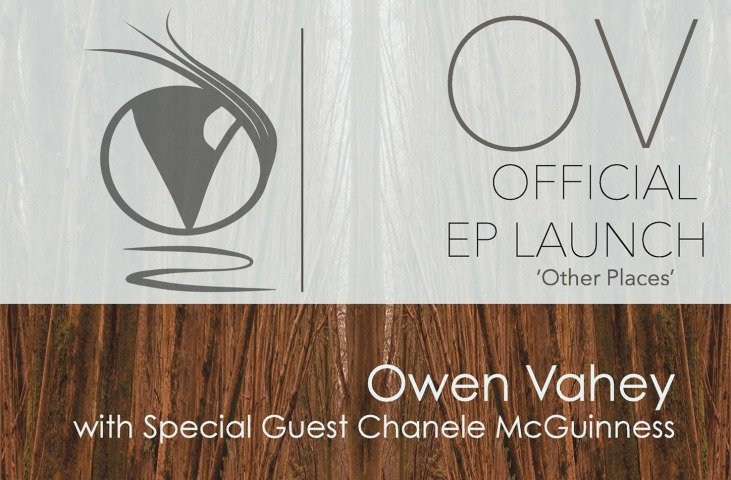 Dublin based singer-songwriter Owen Vahey is set to launch his début E.P. Other Places in the Mercantile on Saturday, July 26th.

Owen Vahey will unveil his upcoming first E.P. next week in the Dublin venue and will be accompanied by musicians Luke Duffy and Elin Thora Ellertsdottir. Produced by acclaimed songwriter Gavin Glass in his Orphan Studios last December, the extended play be released online and through physical copies on July 26th.

Playing support on the night will be Donegal native Chanele McGuinness. An artist currently on the ascendancy, McGuinness recently appeared at both the YouBloom and Sea Sessions music festivals this year.

Tickets to Owen Vahey’s Other Places E.P. launch in the Mercantile on July 26th are priced at €7. Doors are at 8pm. For more information visit the event’s Facebook page.