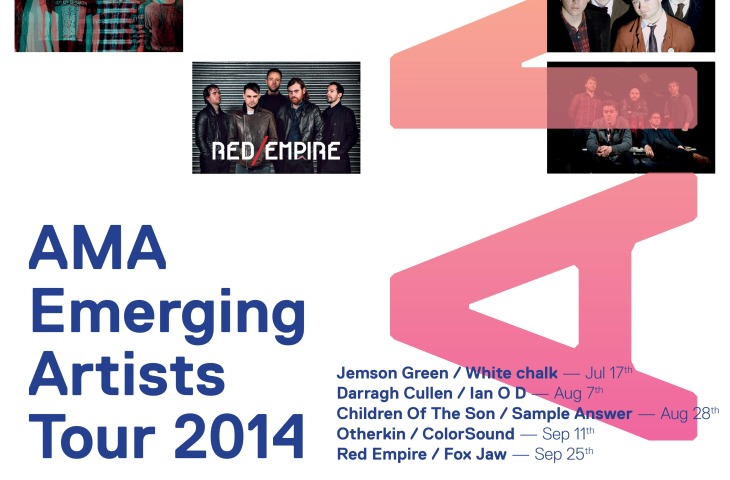 The upcoming AMA Emerging Tour 2014 is set to have its opening night at the Harbour Bar in Bray on Thursday, July 17th.

The kick-off show next week will include performances from up and coming acts indie group White Chalk and hard-rock five-piece Jemson Green in the Harbour Bar. After that the venue will welcome several more artists from the AMA Emerging Tour. See full list of dates below.

AMA’s Emerging Tour will then take to the road aiming to bring more attention and exposure to the bands being featured, with further dates to be announced. The full list of acts set to perform as part of the tour are White Chalk, Otherkin, Red Empire, Fresh Re, Ian O’Doherty, Marvell DVO, Color Sound, Cat Dowling, Jemson Green, Sample Answer, Fox Jaw, Children Of The Son, Toy Soldier and MAI.

Click below to watch Jemson Green’s music video for ‘Who Am I’.