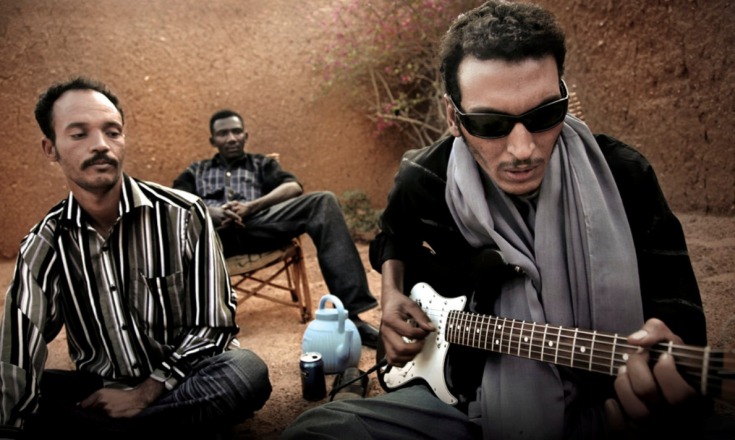 Tuareg blues guitarist and songwriter Bombino is set to play the Twisted Pepper in Dublin on Thursday, July 17th.

Hailing from Niger, Bombino a.k.a Omara Moctar has received critical acclaim throughout his career for the artist’s syncopated rhythmical style, intense guitar playing and intricate musicianship.

For his new album Nomad, Bombino has worked with Dan Auerbach of blues-rock outfit the Black Keys as his producer. The record has been debuted at number one on iTunes world music charts and earned Moctar a glowing review from highly respected music magazine Rolling Stone who called the L.P “the most exciting blues album of the year”.

Tickets to see Bombino perform at the Twisted Pepper in Dublin with his full band on July 17th are priced at €16 and are available via entertainment.ie. Doors at 8pm.

Click below to watch the music video for ‘Azamane Tiliade’ from Bombino’s current album Nomad.