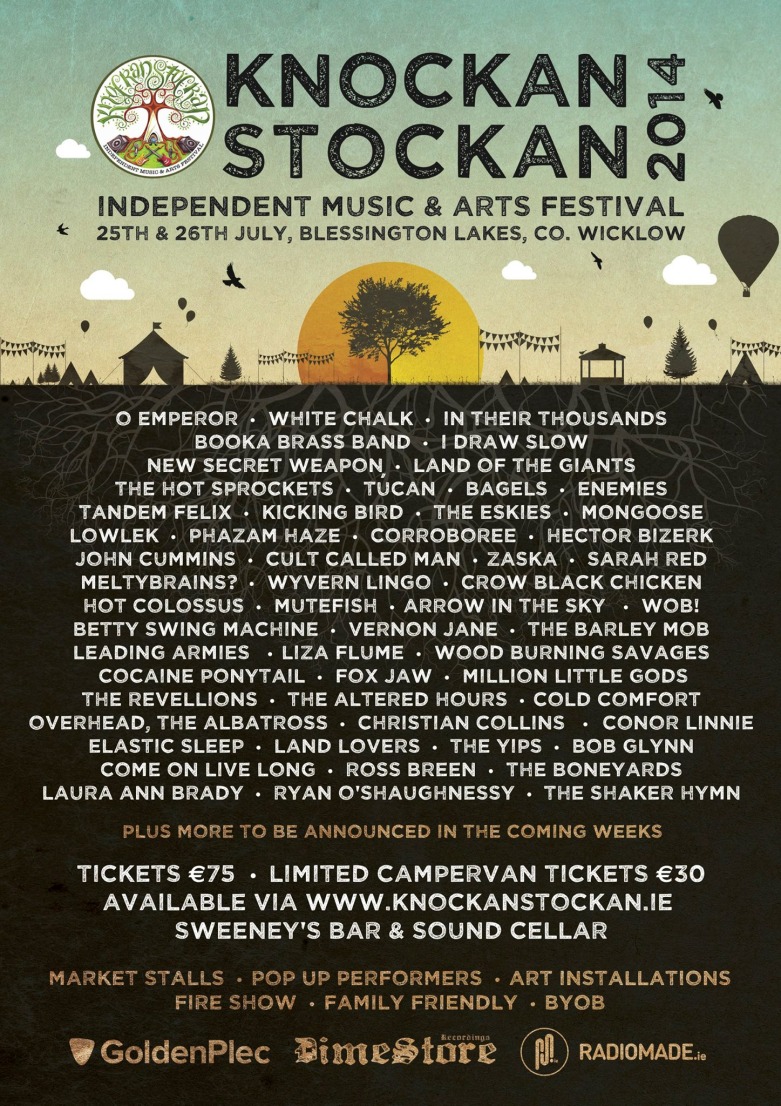 Several exciting new additions have been made to the Knockanstockan 2014 line-up which will take place from Friday, July 25 to Saturday, July 26th at Blessington Lakes in County Wicklow.

Tickets for Knockanstockan 2014 on July 25th – 26th are priced at €75 and are available now. For more information visit knockanstockan.ie.

See the full list of Knockanstockan 2014 artist’s below. More acts will be announced in the coming weeks.