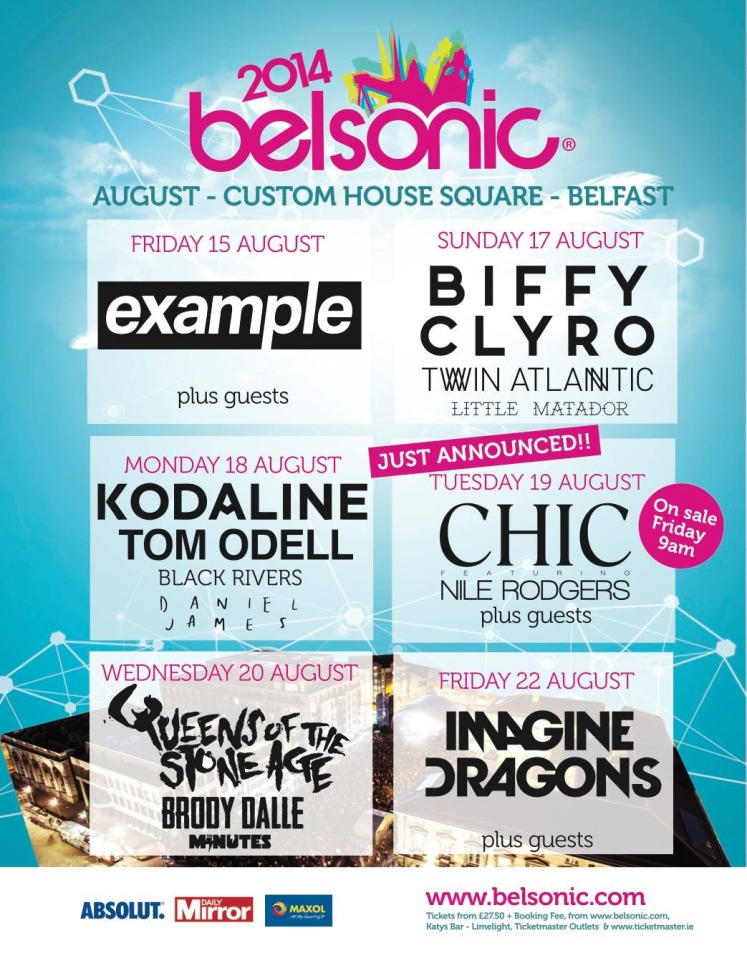 One of the great funk acts of all time Chic will headline Belsonic on Tuesday August 19th. The group will join the already confirmed line-up of headline and supporting acts playing Belsonic 2014 including Example, Biffy Clyro, Kodaline, Queens of the Stone Age, Imagine Dragons, Little Matador, Tom Odell and Black Rivers.

Tickets for Belsonic 2014 are priced at €27.50 and are sale now via ticketmaster.ie or belsonic.com. See below for the line-up details, more acts to be announced at a later date.