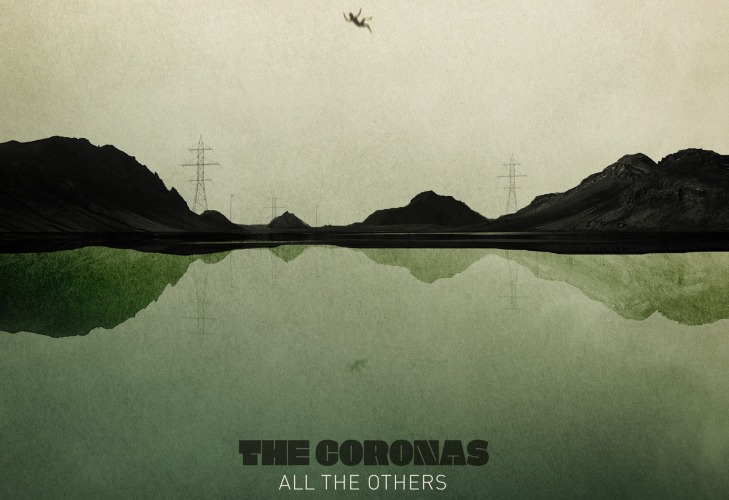 Dublin indie-rock act the Coronas have unveiled their latest music video for the single ‘All The Others’, directed by Hugh O’Conor.

Captured within a vast open landscape, given depth by the linear electrical poles that draw the viewer into the distance as the falling man suddenly appears from the top of the frame, the opening striking imagery of the video sets an isolated tone and sense of helplessness to the piece. This use of imagery is a recurrent motif, appearing subtly as the video’s narrative evolves.

Imbued with O’Conor’s distinct visual style, the video continues while focusing on each actor’s facial expressions and movements to translate the mood of the music. Tempered by the slow-burning, sonically expanding sound of the Corona’s latest single, the fear, frustration and malaise that can affect relationships is powerfully captured within the beautiful cinematography and several striking performances from the cast. Giving a sense of progression that mirrors the building melodic nature of ‘All The Others’, the narrative focus provides a conclusion in its final scenes that feels natural and relatable.

A video with a deeply personal and intimate scope, Hugh O’Conor’s direction conveys the angst and emotive drive of the Corona’s new single to great effect. Capturing the essence of the song, O’Conor, along with his cast & crew, provide beautiful flourishes of imagery and performance deftly metered to the overall tone of the music.

Click above to watch the powerful new video from the Coronas for ‘All The Others’, directed by Hugh O’Conor. The single itself is out now via iTunes.