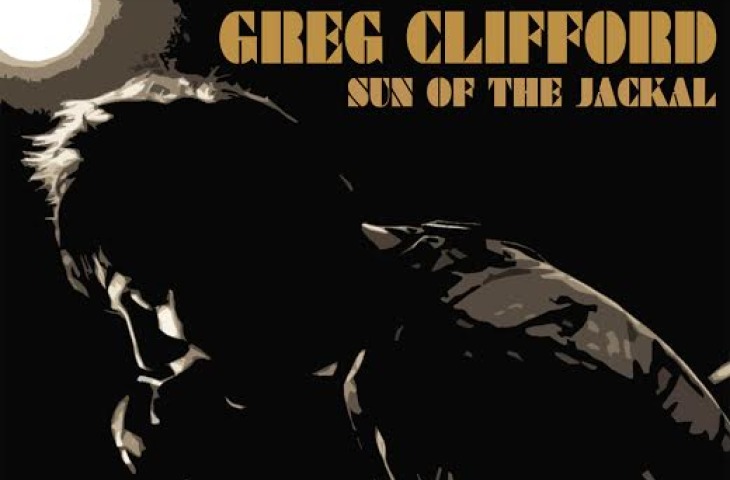 Sun of the Jackal, the new album from singer-songwriter Greg Clifford, provides an almost cinematic record steeped in a deep brooding atmosphere.

Resonating with an organic, natural feel Clifford’s music is given space to breath by the subtle production of Sun of the Jackal. From the arpeggiated opening notes of ‘Who Do You Think You’re Fooling?’ the gently performed acoustic guitar accompanies Greg Clifford’s deftly delivered vocal, and as the deep full-bodied piano enters to broaden the recording’s sonic spectrum the stylish delivery of the album comes more clearly into focus.

Blending a definite folk aspect into Sun of the Jackal melodically sweeping flute sections on ‘The Tempest Within’ and large string swells of ‘Frozen in Time’ open the record’s textural depth and mood, adding several beautifully delivered flourishes of harmony that support the songwriter’s reflective lyrical musings. While the album as a whole tend to give Clifford the room to let his writing speak for itself, the introduction of these well-timed elements give Sun of the Jackal a more progressive tone and feels natural to the record’s evolution over it’s seven track running time.

Coming to a heartfelt finale with ‘Can’t Run Anymore’, the closing track showcases the intimate nature of Greg Clifford’s sound. Nuanced strings, harmonically supporting piano and reverberant vocals form the album’s sonic core and translate the emotive aspects of Clifford’s performances musically. And while Sun of the Jackal is by no means a reinvention of the folk/singer-songwriter genre, that never seems to be the point to Clifford’s music rather it is the evocative mood, timbre and tone of the songs that feel most important.

An album that flickers with moments of truly engaging songwriting and palpable artistry, Sun of the Jackal works to showcase the talent and honesty behind Greg Clifford’s music providing several songs that will stay with you long after listening.

Sun of the Jackal by Greg Clifford is out now.