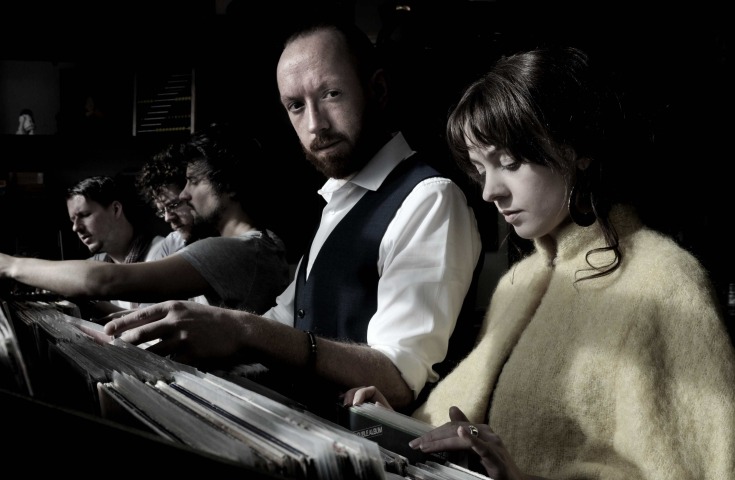 The Hard Ground have unveiled a new music video for ‘Belles and Beaux’, the first single taken from their upcoming E.P Triptych: One.

A joyously surreal visual accompaniment to the Hard Ground’s new single, the video for ‘Belles and Beaux’ sways with an uneasy aesthetic that adds to the hypnotic mood of the music.

Filmed by Barra Vernon the jarring imagery, narrative jumps in time and constantly moving sense of place open the video’s scope to allow Vernon’s camera work to convey the general malaise of the visuals through off-kilter shot compositions that cut suddenly to follow the video’s central character from each location, never leaving the viewer fully sure of what is or isn’t reality.

Taking influence from both surrealist and absurdist cinema, Vernon’s direction and the video’s narrative (following a business man down an existential rabbit-hole of sorts) combine to create an overarching sinister take on the music video genre that contains a flourish or two of Gilliam-esque imagery.

A creative, fun and brilliantly conceived video for the Hard Ground’s first single from Triptych: One, ‘Belles and Beaux’ convey’s the deep-seated body of sound that forms the group’s latest output. Adding a suitably jarring, yet fun, visual aspect, the result is a cohesive piece that delivers in both the audio and visual artistic mediums.

Click above to watch the brilliant new video for ‘Belles and Beaux’ by the Hard Ground. The single itself is out on May 16th. Read theLastMixedTape’s review of Triptych: One here.