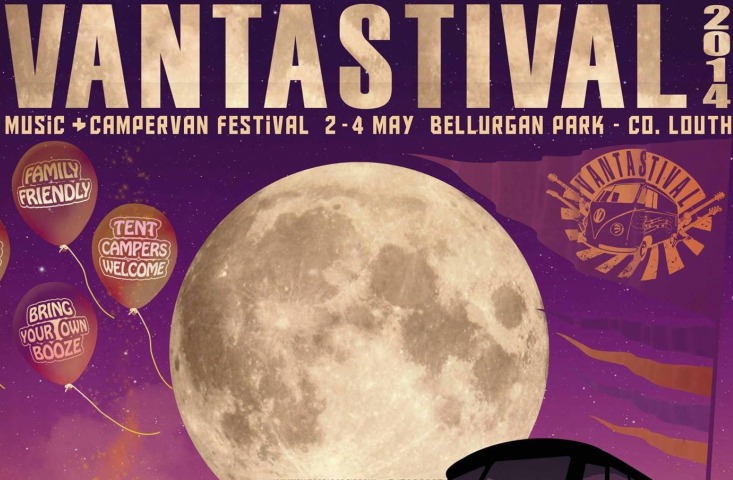 This weekend Friday, May 2nd to Sunday, May 4th the Vantastival 2014 music festival will take place at Bellurgan Park in County Louth. With such a wide range of bands and artists from a plethora of genres playing the event here is theLastMixedTape.com’s top 10 acts to see at this year’s Vantastival.

Indie-rock group Gangs will continue their growing momentum with an appearance on this year’s Main Stage at Vantastival. Following the release of the band’s stellar new single ‘2 15’ and a string of scene stealing performances around the country the group’s transition to a Main Stage festival setting will be sure to bring the best out of the Dublin four-piece.

Death-pop outfit the Vincent(s) will take to the stage on Saturday night. The Cork band’s recent double A-side release ‘Throne Song/Fever Dreams’ showcased the group’s evolution in sound and with the band going back into the studio to record more material with Christian Best, it will be interesting to hear how they will continue to progress their music.

Foxglove’s vivid blend of electro, folk and alternative-pop genres was captured most affectively in the songwriter’s recent E.P Go The Underdog (read our review here). Given the broadening sound highlighted in Foxglove’s live shows of late, Saturday’s Vantastival performance may see this expansion continue.

With the Hot Sprockets currently building up to the release of their highly anticipated sophomore album Brother Nature, the Dublin band have garnered much attention with the simply sublime ‘Homeslice’. The group’s visceral, pounding live reputation will be sure to find the right setting at the annual music festival.

Fight Like Apes will release their stellar new E.P Whigfield Sextape on May 12th. Showcasing both a sense of rejuvenation and sonic sea-change for the electro-pop outfit it will be interesting to hear how this vibrant sound has translated into the band’s live set. Read our review of Whigfield Sextape here.

One of Ireland’s most vibrant and interesting indie-pop acts Little Xs For Eyes are currently preparing to release their second album, and with the unveiling of the brilliant single ‘Summer Stay’ last year it seems the joyous, synth based scope of the group’s melody driven sound will be expanded upon. With the band’s hook laden live sound, their forthcoming appearance at Vantastival 2014 will provide an exciting glimpse into upcoming L.P.

The Altered Hours’ recent single ‘Dig Early’ has captured the frantic, noise infused aesthetic of the Cork band’s full-scale sound. And following their show stealing appearance at this year’s The Certain Three tour in the Workman’s Club, the band have highlighted themselves as one of the countries most affective live acts.

Indietronica trio Cove will appear on the Musicmaker stage at Vantastival 2014 this Sunday. Providing an eclectic blend of electro and synth-pop elements the group will be performing tracks from their forthcoming second E.P, the follow-up to their brilliant self-titled début record, released last year.

Sleep Thieves have consistently captured the imagination with their deeply textured synth-pop sound most brilliantly found in the trio’s recent singles, the atmospheric ‘City of Hearts’ and the stunning ‘Sparks’. With the group’s live performance translating the depth of field and ambience created by their studio work, Sleep Thieves appearance on the Musickmaker stage has all the potential of being the performance of the weekend.

Comprising of both the Kilo 1977 and R.S.A.G, Decks ‘N’ Drums will close the Vantastival 2014 music festival at the Vanhalla stage. Melding the pair’s respectively eclectic styles and visceral approaches the duo’s performance will blend both the organic and electronic aspects of music into an energetic, vibrant live set that will bring the annual festival to a powerful finale.

Vantastival 2014 will run from Friday, May 2nd to Sunday, May 4th at Bellurgan Park County Louth. For more information visit vantastival.com.