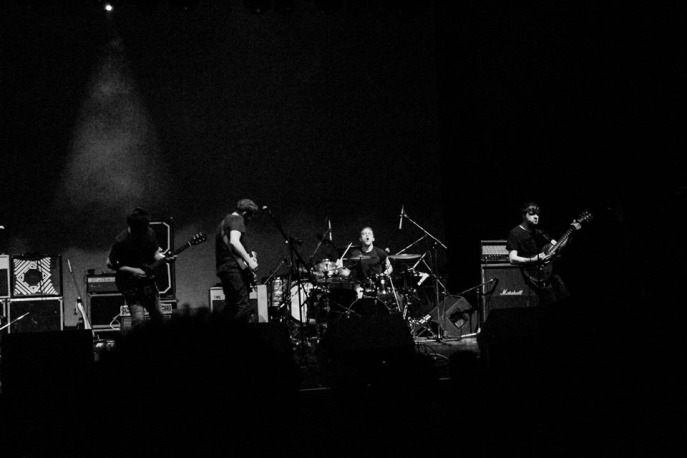 Alternative-rock outfit Race the Flux have been confirmed to perform at Whelan’s in Dublin on Saturday April 5th.

The electro-rock influenced band are set to play the Dublin venue this Saturday following a special performance of Queen’s of the Stone Age’s 2002 album Songs for the Deaf in the Cellar in Galway on Friday, April 4th which will also see Race the Flux perform new material from their forthcoming record.

Race the Flux will be joined on Saturday night in Whelan’s by post-rock outfit Stop All The Clocks.

Admission to see Race the Flux and Stop All the Clocks play Whelan’s is free on the night via the events Facebook guest list page. Doors 11.30pm, for more information visit whelanslive.com.

Click below to watch the brand new video for ‘Can I?’ taken from Race the Flux’s début album Dutch Buffalo featuring live footage of the band’s supporting slot to Tame Impala at the Olympia theatre.