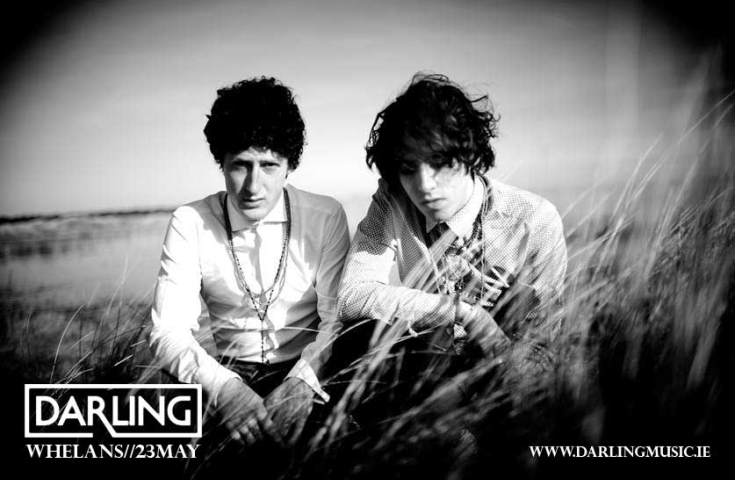 Alternative-rock duo Darling will headline a show at Whelan’s in Dublin on Friday, May 23rd.

Following the release of the group’s self-titled début E.P, which was met with wide-spread critical acclaim, Darling have continued to capture the imagination of not only the Irish music scene but also abroad with the band garnering coverage from New York magazine and new Mtv website Mtviggy.com.

With Darling set to maintain their current momentum the duo will release the next single to be taken from their first E.P. Entitled ‘Sail Away’ the song “addresses a bigger theme” according to vocalist Gary Harding and with the expansive sudden burst of sound that encapsulates the track’s multi-layered aesthetic the concept is clearly developed through the stylish production that underlines the recording.

Tickets for Darling’s headline performance in Whelan’s on May 23rd are priced at €11 and are on sale now. For more information visit ticketmaster.ie.

Watch the video for ‘Echoes’ from Darling by clicking below.