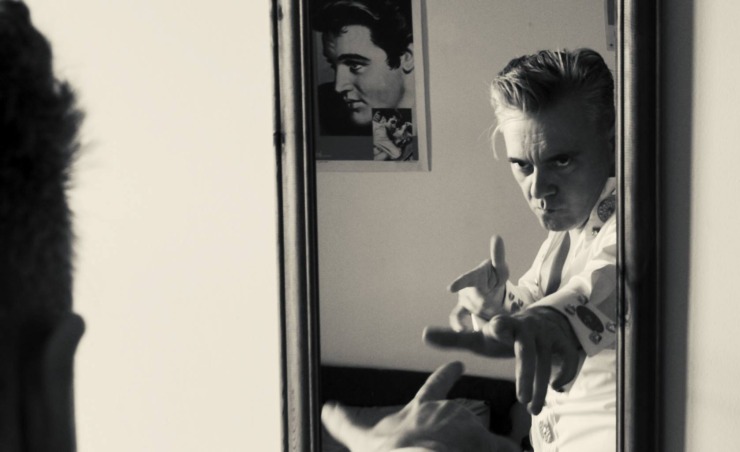 Directed by Philip Kelly and starring Paul McLoone as an Elvis impersonator, the gritty visuals (shot in black and white) inter-cut quickly through the striking imagery that populates the video and highlights the stylish production behind its conception.

As Kelly’s camera focuses in on McLoone’s engrossing portrayal, imbued with a palpable sense of charm and subtly, both director and actor capture the fuzz-laden rock and roll sound of the Minutes latest single through a visual and performance aesthetic that sways and swaggers in each scene.

Paul McLoone’s central performance reaches it’s high-point during the bar scenes wherein the musician and DJ takes to the stage, with every movement and gesture caught by Philip Kelly’s intrusive, close camera work that draws the viewer further into the narrative.

Translating the hard edge rock and roll aesthetic of the Minutes pulsating new single ‘Cherry Bomb’, Philip Kelly and his team create a engaging and fun visual translation of the music dominated by McLoone’s unmistakable on screen presence.

Click above to watch the brilliant new video for ‘Cherry Bomb’ by the Minutes directed by Philip Kelly and starring Paul McLoone.