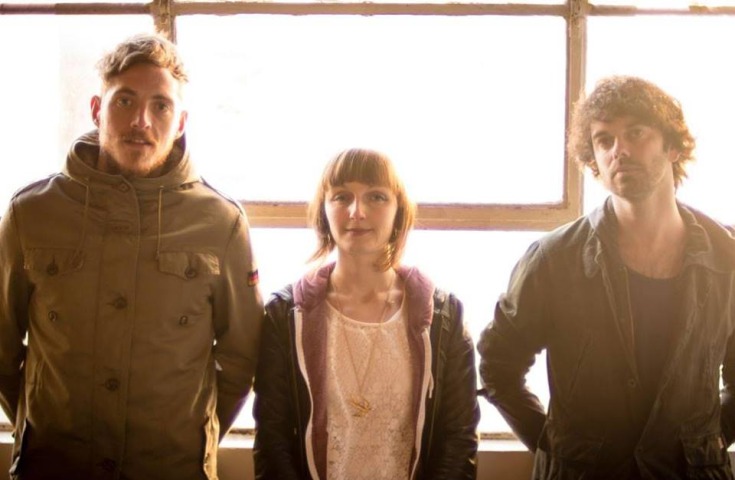 This week’s edition of “The Mixed-Tape” comes from Dublin synth-pop trio Swords with their new single ‘Hips’, taken from the band’s stunning début album Lions & Gold.

Opening with the softly resonating sound of piano ‘Hips’ slowly comes into focus as Swords being to build their multi-textural approach around the track, introducing subtle pops and clicks of synthesizer that appear, shimmer, then recede into the recording’s deep sonic background, highlighting the trio’s ability to construct the vast soundscapes that form the core of the single’s parent album.

With the slow-burning ambience and simply gorgeous harmonic tapestry of interwoven synth-pop and electro influences established, Swords juxtapose this aesthetic through the introduction of crunching, lo-fi percussion that gives ‘Hips’ an added sense of scope and depth when they are suddenly opened-up sonically during the song’s finale.

Above the moving backdrop of melody and rhythm, vocalist Diane Anglim’s beautifully serene performance is imbued with emotional breaks and turns of phrase that blend perfectly with the echoing reverberated aesthetic of the single’s stylish production, showcasing the characteristics and cohesiveness that makes Swords’ music so individualistic.

‘Hips’ is a captivating affirmation of Swords’ powerful approach and atmospheric début L.P Lions & Gold. With the band’s ability to augment and reinterpret the synth-pop genre shining through with each nuanced texture and melody.

It is for these reasons that ‘Hips’ by Swords is this weeks addition to “The Mixed-Tape”.