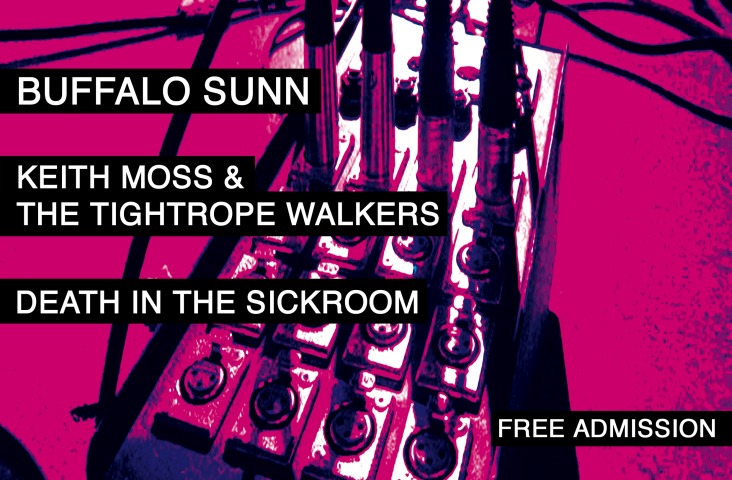 Reekus records has unveiled a stellar line-up for this forthcoming St. Patrick’s weekend in the Mercantile on Saturday, March 15th.

Confirmed to perform on the night will be Buffalo Sunn, Keith Moss & the Tightrope Walkers and Death in the Stockroom.

Starting 2014 off with a festival stealing performance at this year’s Ones To Watch in Whelan’s, indie-rock act Buffalo Sunn’s fully formed sound provides an engrossing live performance, captured in the group’s recent single ‘Seven Seas’.

With the release of his brilliant début album What Eludes You Moves You, Keith Moss has evolved continuously as a live performing, working with his perfectly cast band, the Tightrope Walkers, translating tracks such as ‘Torture in Paradise’ and ‘The War Outside Your Door’ into the live realm with a real sense of edge.

Reekus records’ most recent addition, Death in the Sickroom will also perform on the night, the Dublin band’s single ‘Brick to the Face’ is a washing, large-scale production that forms a palpable indie-pop aspect to the group’s sound.

Admission to see Buffalo Sunn, Keith Moss & the Tightrope Walkers and Death in the Stockroom on March 15th in the Mercantile is free. Doors open at 8pm.

Watch the music video for Keith Moss’ single ‘Torture In Paradise’ by clicking below.