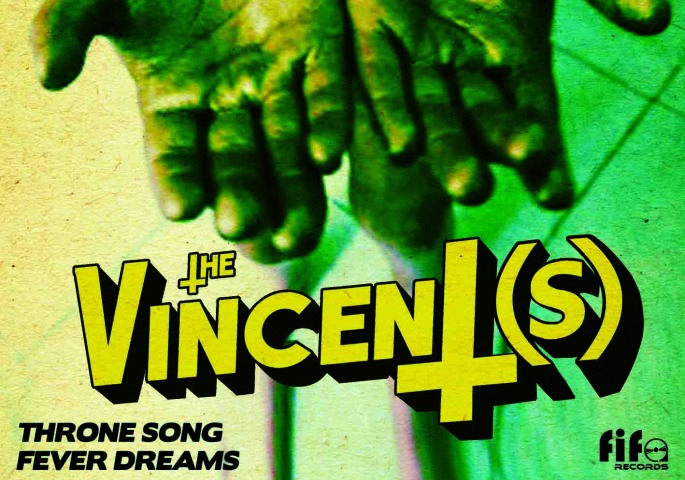 Death-pop outfit the Vincent(s) are set to release their new double-A side single ‘Throne Song/Fever Dreams’ on March 14th. The group recently spoke theLastMixedTape about the group’s progression in sound and plans for the future.

The new double A-side single sees something of a sonic shift from the group in the form of ‘Throne Song’. Was this something you intended to do as a group or was it organic?

It was a very organic progression for the band to be honest. We are all heavily into the dark side of the 80’s and Throne song has huge 80’s vibe going on, but still holds onto our “Death Pop” signature that was created on the Valley of the Sun E.P. You can still hear what we call our “Death Pop” sound, going on but it’s definitely a step in a new direction.

What was it about both ‘Throne Song’ and ‘Fever Dreams’ that made you decide to release them as a double A-side rather than individually?

Well they show two very different styles but complement each other none the less. Throne Song has a huge Psychedelic/ Bleak Drag vibe going on. Whereas Fever Dreams is a straight up Death Pop dish. We were really proud of both of them so we decided to do the double A side single.

As the Vincent(s) continue to write and record how do you think your sound will continue to evolve?

We are just having fun writing and rehearsing at the moment. We just write songs that we think sound good, no matter what style or genre they loosely fit into. At the end of it if they work well live or fit in well as recorded material we are usually happy with the end result.

You’ll be touring this release within the next couple of weeks including shows in London and Manchester. With the band’s new material how has the live performance changed or grown?

It’s a lot more mature and less chaotic. We are still getting tighter every time we play and the set is becoming more eclectic, but we are really enjoying the direction it’s heading.

Following the release of this single, what plans do the Vincent(s) have in terms of an album or E.P release?

We are booked into the studio again for the end of April with Christian Best who worked with us on Throne Song/Fever Dreams and are hoping to put down another 3 or 4 tracks during the next session. We should have the bones of our next E.P ready for June!

‘Throne Song/Fever Dreams’ by the Vincent(s) is due out on March 14th via Fifa Records.